Given the choice (and none of the judgement) what is the first thing you would change about your body? Does it have to do with struggling with skinny jeans post-holiday sugar cookies? Or constantly worrying you didn’t blend your nose contour well enough? Or does it have to do with all the half-empty bottles of false skincare promises left on your bathroom counter?

If it is the last one, read on.

By default, the face is our calling card; by looks, emotions, and simple identification! No matter what, we all want to make it count by looking great, even if we sometimes ugly cry our mascara off.

It seems that as we get older, the spotlight feels to dim on our once luminous face and sun damage, acne, and dark circles take its place. However, if you’re not quite ready to let go of your glow, we have your noninvasive option.

Before her social media hiatus, remember when Kim Kardashian posted a blood-slathered selfie? Well, it wasn’t actually something to fear, it was yet another trend to try; it’s the one known as the Vampire Facelift.

Much like many other of Kim’s actions, this one went viral too, becoming an instant attraction for A-listers. Kim is not alone in vouching for the veracity of its effectiveness. The reason why it has become a hit with celebrities is the fact that there is no down time and minimal side effects. After all, it is highly unlikely that your body would negatively react to your own blood.

What is the Vampire Facelift?

Created by Dr. Charles Runels, the FDA approved Vampire Facelift can rejuvenate your face and make you probably look better than you did at your own prom.
The patient’s blood is drawn from the arm which is later spun in a centrifuge to separate the platelet rich plasma or PRP. These are then injected back into the patient’s facial skin. When it is combined in a particular way with fillers like Restylane or Juvederm, the combination becomes what is known and patented as the Vampire Facelift.

When to consider a Vampire Facelift:

How do you know that your face needs a Vampire Facelift? Look out for these three signs on your face:

1. Your skin color has become greyer due to lack of proper blood supply.

2. The shape of your face has collapsed and become droopy due to decrease in muscle and collagen.

3. The texture of your skin has become rough.

Simply put, you have lost your rosy hue as seen in children and young adults and you appear tired, worn and droopy. Let’s be honest, you look tired because you work hard, isn’t it time to treat yourself with some good skin, higher self-esteem, and maybe a new dress for happy hour? It is time for you to give your face a Vampire Facelift.

How does the Vampire Facelift work?

The procedure is completed in two parts. During the first part, a filler like Juvederm is injected in specific parts of the face. This is done to restore the shape of your younger face.

In the second part, two teaspoons or a vile of blood is taken from a patient’s arm and is then put inside a centrifuge for separation. The process separates red blood cells from the platelet rich plasma, referred to as PRP. This platelet rich plasma is injected under the facial skin using a micro needling technique, which stimulates the growth of collagen. Collagen, a protein, is a natural body healer which replaces dead cells of the skin and also provides strength and elasticity to it.

It’s all about allowing the body to heal on its own and in 2017, natural health is more attractive than anything…but an avocado mask just isn’t going to cut it anymore.

The patients’ acne scarring was first rated on the Goodman and Baron Scale and grades were subsequently assigned. Both sides of each patient’s face were digitally photographed before and after the completion of treatment maintaining the same background, lighting and positions.

30 patients in the age bracket of 18- 34 participated in the study. Each one of the patients received four treatments in four-week increments. Patients were treated with the PRP combo on the right side of their face and on the left side they were treated with Vitamin C combo. The acne scars were re-evaluated after the treatment, both by the doctors as well the patients using the Goodman and Baron Scale. Out of the total 30 patients, 23 of them showed improvements of one or two grades with PRP combination.

In another study 23 patients were treated once a month with PRP and a filler injected into specific locations on the face and neck. The study conducted over a three month period was published by the Journal of Drugs in Dermatology. A digital camera and a Dermoscope were used to photograph the study participants, both before and after the procedure. The patients were finally evaluated after one month of their treatment and it was found that the technique was effective with satisfactory results. It was also noted that none of the participants experienced any major or persistent side effects.

There are many women who have shared their Vampire Facelift before and after experiences on the RealSelf.com website and majority of them are happily satisfied with the results. RaelSelf.com encourages women to share their experiences on its website who have undergone cosmetic surgery. They can also ask questions which are answered by the doctors.

Vampire Facelift is a simple noninvasive procedure with minimal or no side effects. It improves the quality of your skin.

An out-patient procedure, Vampire Facelift takes only about 30-60 minutes of your time after which you can resume your normal activities. There will of course be some redness on your face due to the micro needling technique, which would subside over time. The difference will be visible to you in a couple of days and will gradually keep on improving for about two to three months after the procedure.

Even months after the procedure your skin will continue glowing as the plasma stimulates the stem cells of the skin to produce more collagen. And as the new cells grow they keep rejuvenating your skin.A treatment of Vampire Facelift is so effective the results last 16 months up to two years.

The average cost of a Vampire Facelift is $1,125 (according to RealSelf.com).

At Solutions Weight Loss we know what it takes to have a healthy face. As a family physician and an active member of the American Academy of Aesthetic Medicine, William Newsome, MD has practiced in Orlando for more than 20 years.

Dr. Newsome, personally trained by Dr. Charles Runels, works with each of his patient to decide the best possible treatment. Just being envious of a beautiful woman will not make you more beautiful; but what you can do is visit Solutions Weight Loss and meet Dr. Newsome for your own Vampire Facelift.

Is A Ketogenic Diet Beneficial for Weight Loss? 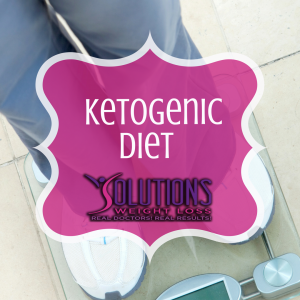 Happy with your results? Review us on YELP! 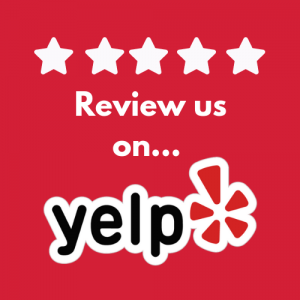